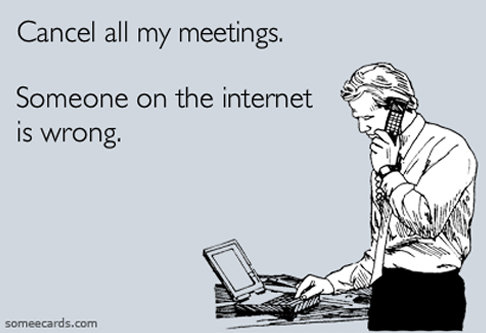 Stoner Elitism is alive and well. But that should be of no surprise to such stoutly sage stoners as we all like to think we are. Elitism is everywhere, because for some silly reason something inside of humans make them want to rank and class everything so that maybe they can be the best at something. Who knows if that’s really why, and I’m sure everyone has a reason, but I find it interesting how pervasive it is in a community that preaches positivity and love.

Maybe that’s the problem. The whole community thing. The Communitarian agenda as writer and activist Nikki Raapana calls it. It’s a real thing, and it’s part of the reason we’re seeing such tumultuous tension and chaotic upheaval right now in certain parts of the world.

Although if you look close enough, there’s suffering everywhere, in many different forms. Most of us drive by it every day on our commute to the box. The box where hopes and dreams are kept alive just long enough to exploit them for the motivation they create. The box that pays just enough to make it too scary to live a life outside of it. The box humans depend on to survive. The box that was designed to keep classes focused and separated while preaching the spirit of community and togetherness. 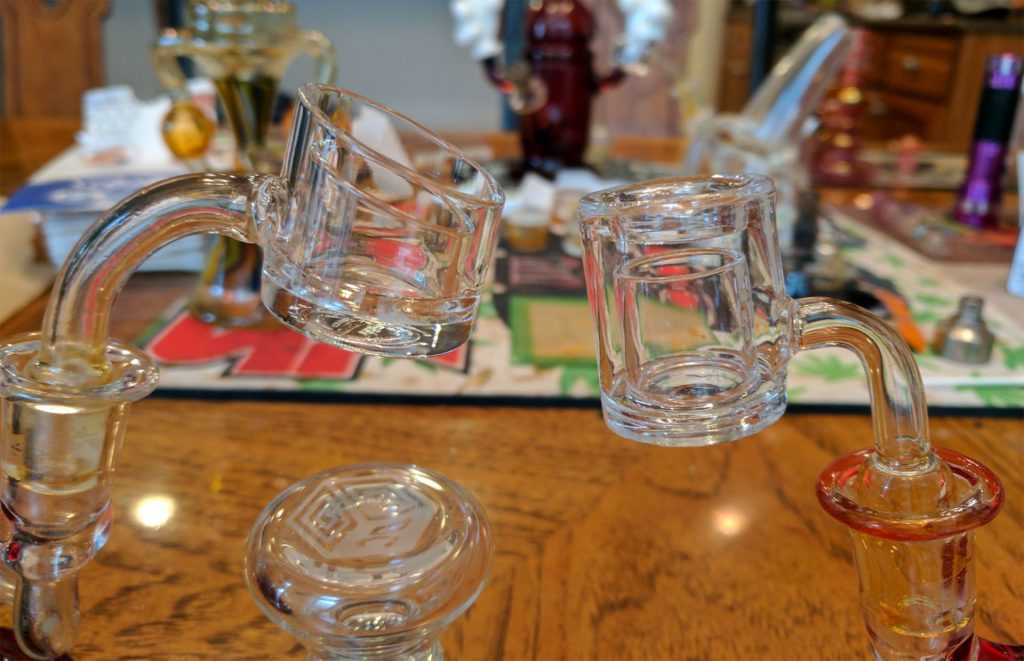 So what am I talking about? Recently I had the pleasure of putting an American quartz banger up against a Chinese quartz banger, and the results might completely blow your mind.

Contrary to popular belief, once the Chinese quartz banger factories got their product up to snuff, the quality rationale went away, because they are in essence, the same material. At that point, what is there to judge? What is there to justify such an exorbitant price tag?

The welds. The tube diameters. Things that should have somewhat of a uniform size if you are mass producing them, and for some reason don’t. Some jacketed china bangers we checked out had small format airflow, and some had large format airflow.

Unfortunately we weren’t able to take a look at any more than one of the Fadespace bangers, but if they are like the rest of the American bangers we’ve tested, they should be pretty uniform banger to banger.

That’s all well and fine, and I can appreciate a nice weld and a solid looking banger, but there’s a line that must be drawn between cost and aesthetics. A banger is something that we use on the daily. It can look nice and function well and still not carry a ridiculously high price point.

Personally, I’m a huge fan of Hoye’s quartz bangers. He has good prices, and they are made in America. When I want some nice American made quartz gear, I go to Hoye’s Quartz and they always take good care of me. There’s no reason other than hype and perhaps some failed business ventures in the past that would make a normal every day banger cost more than the rig it’s being used on. 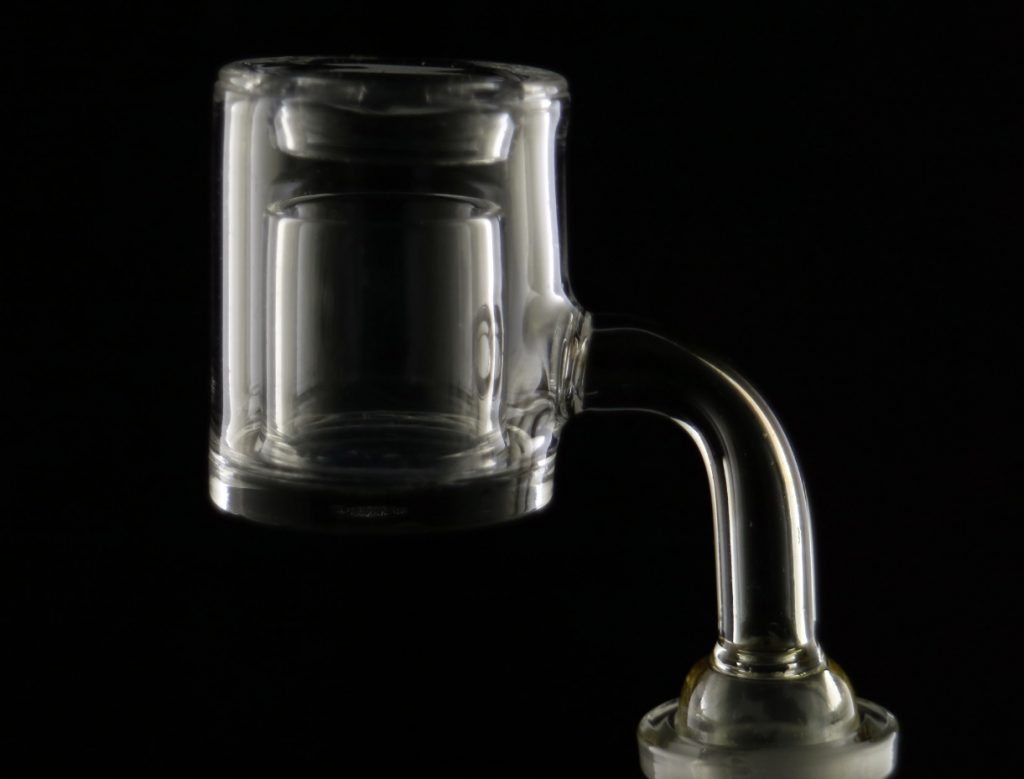 This is where the elitism comes in. It’s been here the whole time, but it’s ugly head pokes out and doesn’t want to get poked back in now. Sometimes people feel foolish about the money they spent on something, and experience what is called buyer’s remorse, or buyer’s regret. This can manifest in a couple of different ways.

Usually the main manifestation is called the Fanboy or Fangirl. The other will manifest in something that resembles a learning experience, usually for both parties involved. Although more times than not people are made to feel inferior because of the choices of torch or banger or rig they use.

Nothing creates fandom faster than duping someone into spending way more money on it than they should. No one wants to feel stupid about the financial decision they just made, so their minds will go to great lengths to rationalize that purchase. Some of them will even go so far as to point out made up problems with the review itself. 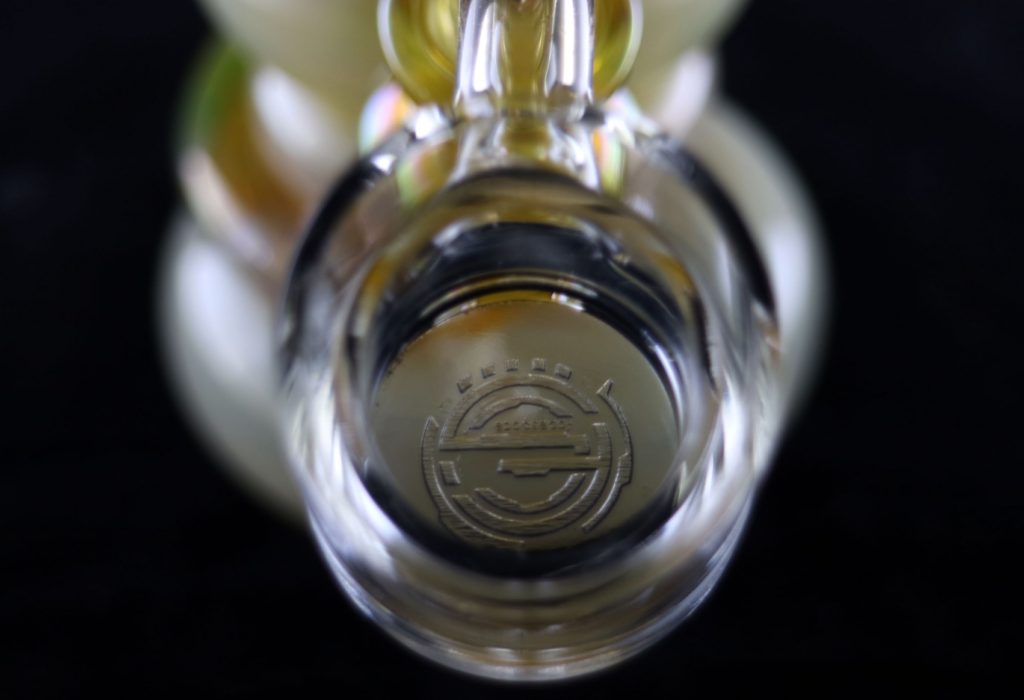 We see this every single day in the cannabis industry, and as someone who is just as guilty of doing it as the rest, I think we should try and chill more. At the end of the day, are you getting high or medicated in a safe manner with safe material?

If the answer is yes, then who cares if that banger is from China or some secret silica sand dune in some hidden part of the world that only reveals itself under the pale moonlight on the third hushy Sunday. As long as you get high and chill out, the medicine will do it’s job and we can all live in the idyllic 1984 society Mr. Orwell had warned us about.

That being said, enjoy this short video.

So when is Stoner Elitism OK? Probably never, but if we must we must. Try at least to be somewhat educational. Take Hush for example. They are a company in the Oregon recreational marijuana market that has a reputation for selling really dark, burnt tire tasting dabs.

They also have somewhat of a reputation for not caring about what their customers think, as long as they keep spending money. I wish I could say this is the only case like this we’ve seen, but there are many, many businesses in the recreational cannabis industry that operate like this.

These companies are usually run by individuals who have never smoked cannabis before. They are solely in it for the money. That’s completely ridiculous to me. It’s like an anorexic opening up a restaurant. I understand the business model, but at least hire someone who smokes weed and dabs to tell you that your game is weak and needs some help.

I mean there are consultants out there who have made enough money telling other people what to do to buy a monkey and a Rolex. Surely you can find someone to help you get some better oil onto the store shelves.

Although if the people don’t respond by not buying the garbage, the company really has no motivation to change anything, especially when those changes can cut into profits. It’s a Dick Dastardly game for sure.

At the end of the day, the end user should definitely be educated on why the dabs look and taste the way they do, then if they still decide to purchase them, well that’s their decision. All we can do is educate and inform, and do a little trolling here and there.

A nudge here and there can really get a company to show its true colors in a hurry. I was going to post several examples here, but I don’t think that sort of manure needs to be spread. It’s not going to help anything grow.